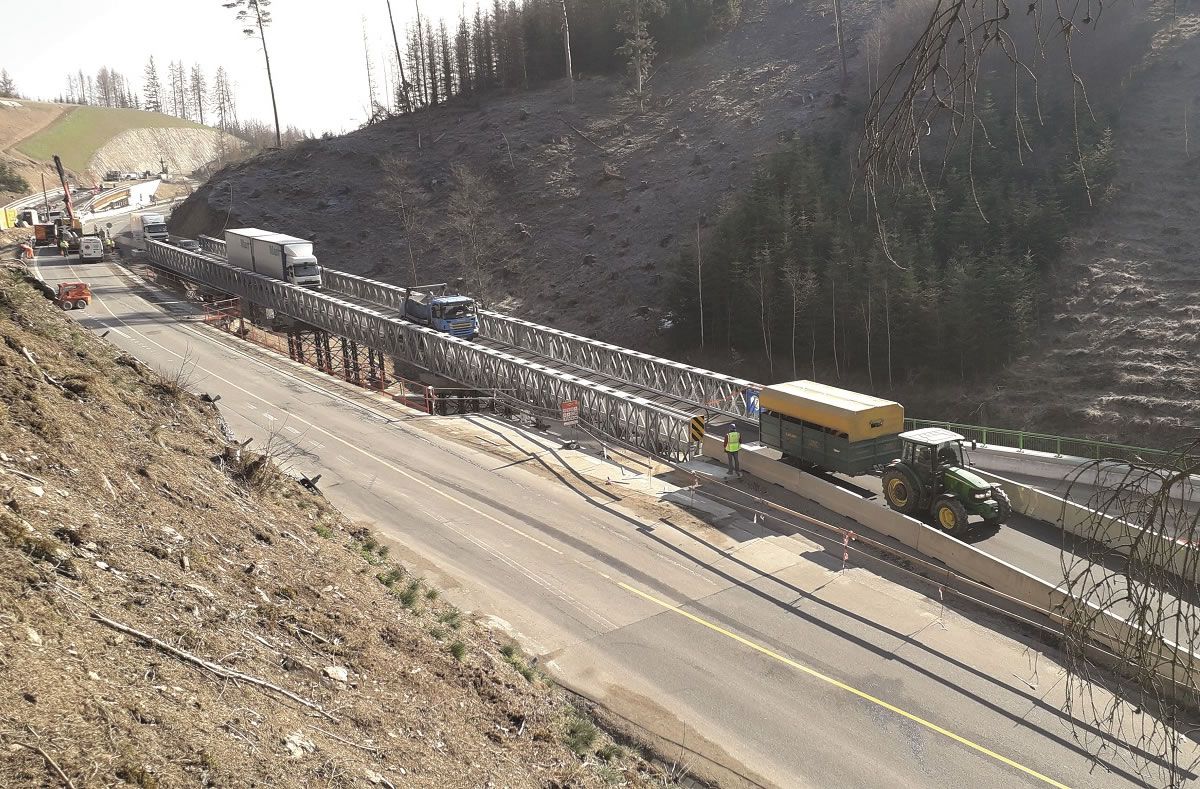 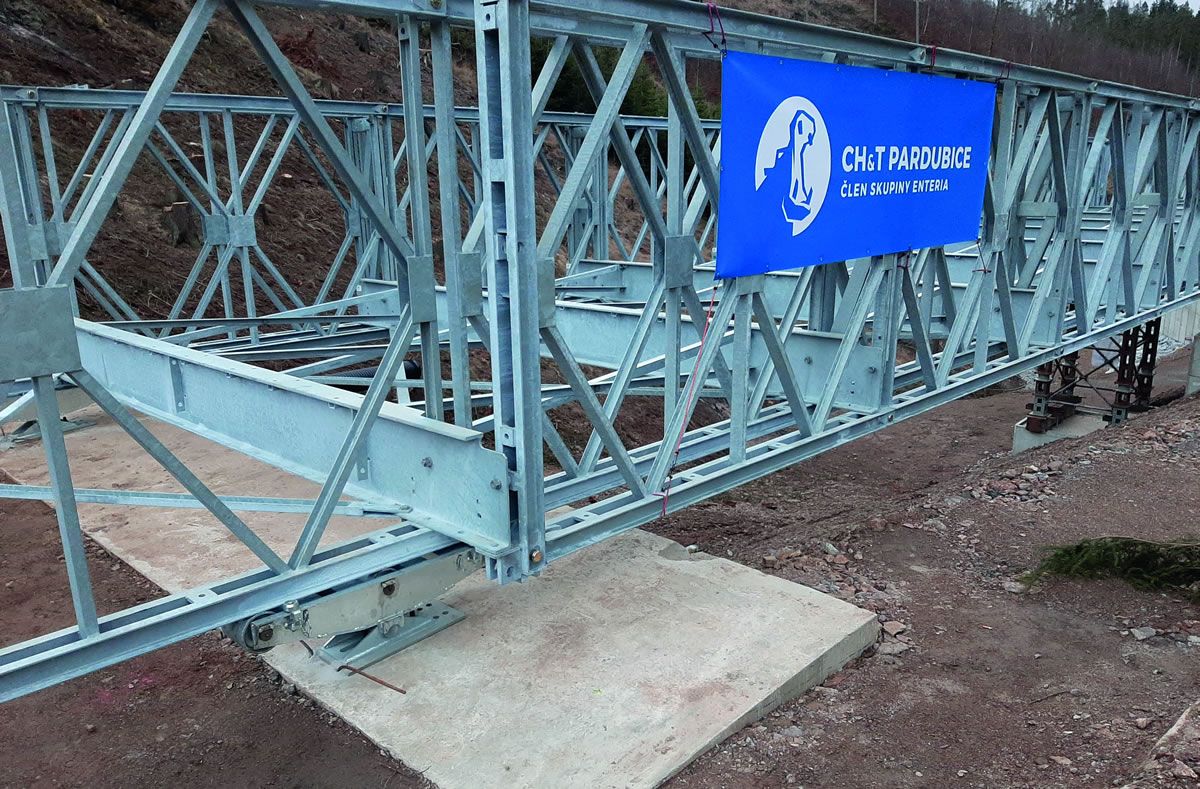 The Vysočina Region in the Czech Republic is mainly an industrial and agricultural area with a small proportion of the local population living in towns or cities. A temporary road needed to be built alongside one of the major regional roads (the II/602). This was in order to access the construction of two new bridge structures forming part of a new bypass project, whilst maintaining good traffic flow along the existing road. A high embankment had already been built where the new temporary road would run along the valley of Henčovský brook, to accommodate the rugged terrain. At this point, a single-lane diversion bridge was required, with at least one lane going through the construction site.

Following talks between local Mabey Bridge Site Advisors and the Project Consultant, MDS Projekt s.r.o., a Compact 200™ modular bridge with anti-skid decks was chosen for the scheme. Partly constructed from new components delivered to the site, it also utilised unused items held in stock from an earlier project.

The final bridge supplied by the Bridge Construction Division included four single lane spans, each with a width of 4.2m and a length of 24m with span junction decks, making a total bridge length of 99m.

In April 2020 the vehicular bridge was completed, linking to the new temporary road and the construction site, with the capacity to accommodate 48t trucks. The bridge will keep traffic moving during the building of the main works on Velký Beranov bypass, construction of which is well underway. It is envisaged that the temporary road and bridge will be in use until September 2020. 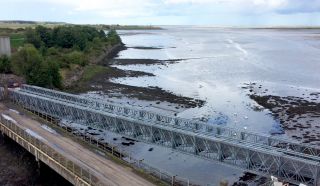 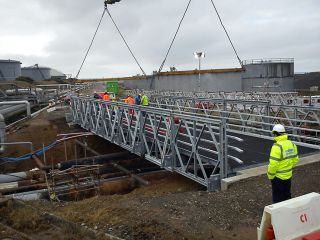