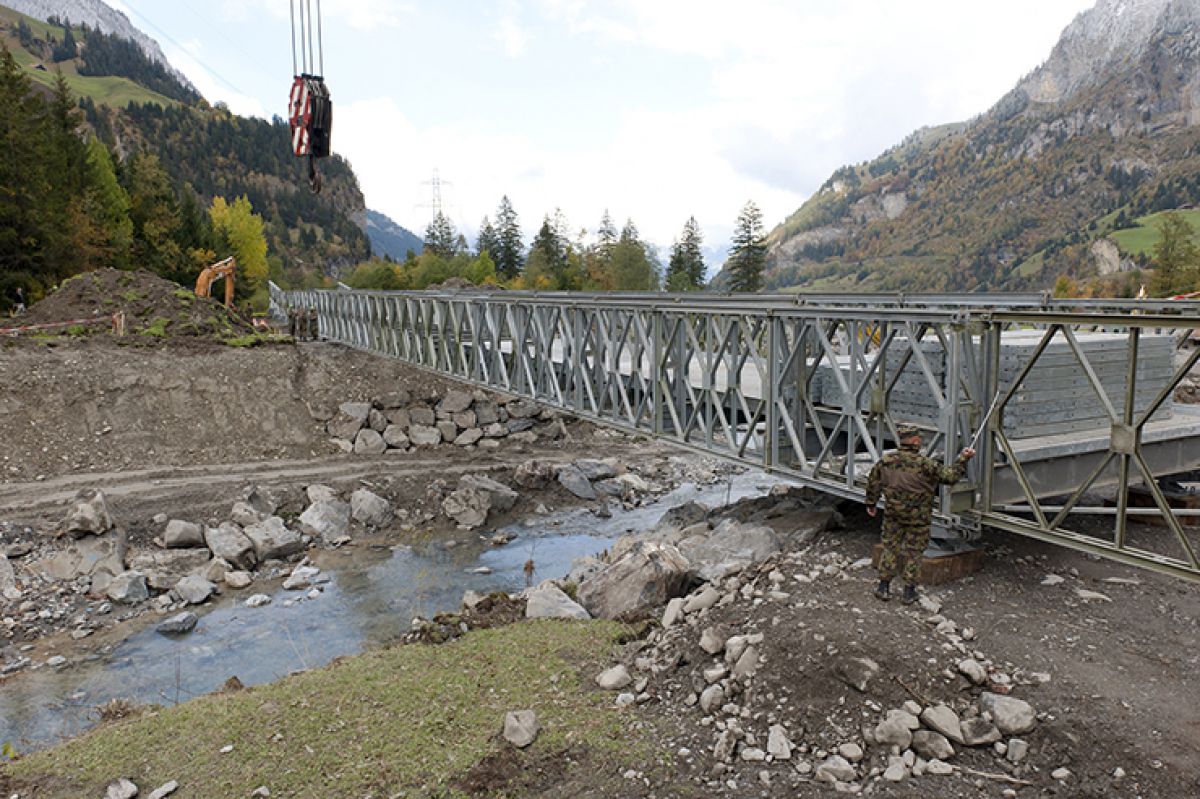 After extreme weather conditions caused rivers to break their banks and wide spread mudslides in the Bernese and Valais Alp region of Switzerland, a bridge across the valley near the sparsely populated municipality of Kandergrund – 35 miles south of Berne – was washed away with severe implications for the 800 people who live in the municipality.

The Swiss Army Catastrophe Intervention Force, a unit set up specifically to react to this type of event, was tasked with re-establishing the connection in the Kander Valley. Having taken delivery of two new Logistic Support Bridges only three months earlier, the unit found itself with an immediate and unexpected challenge.

A feasibility reconnaissance inspection carried out in the days following the incident identified that a 39.6m Logistic Support Bridge (LSB) was required, suitable for Swiss highway loading and up to Military Load Class 40. The Army staff, well aware of the capabilities of the LSB system, issued the formal order to build the bridge and preparatory ground works begun immediately to clear the flood damage and open the approach roads.

More than 100 tonnes of bridging equipment was delivered to site, and construction began. The erection was carried out by 20 soldiers from the engineer section who were motivated by the challenge of opening the bridge as quickly as possible for the Kandergrund community.

The bridge, 13 bays long with a 4.2mwide carriageway, was assembled at the side of the river using a crane. A temporary nose was attached to the front and the whole structure was then launched over the gap, with deck units stacked on the rear of the bridge to act as counterweight. Once in place, the bridge was fully decked and lowered onto its bearings. The build was completed in just four days.

Response, planning and construction of the Kandergrund Bridge was completed in just two weeks, which was something of a first for the Swiss Intervention Force as never before had so large a bridge been constructed under such difficult operational conditions. 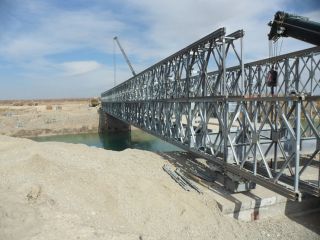