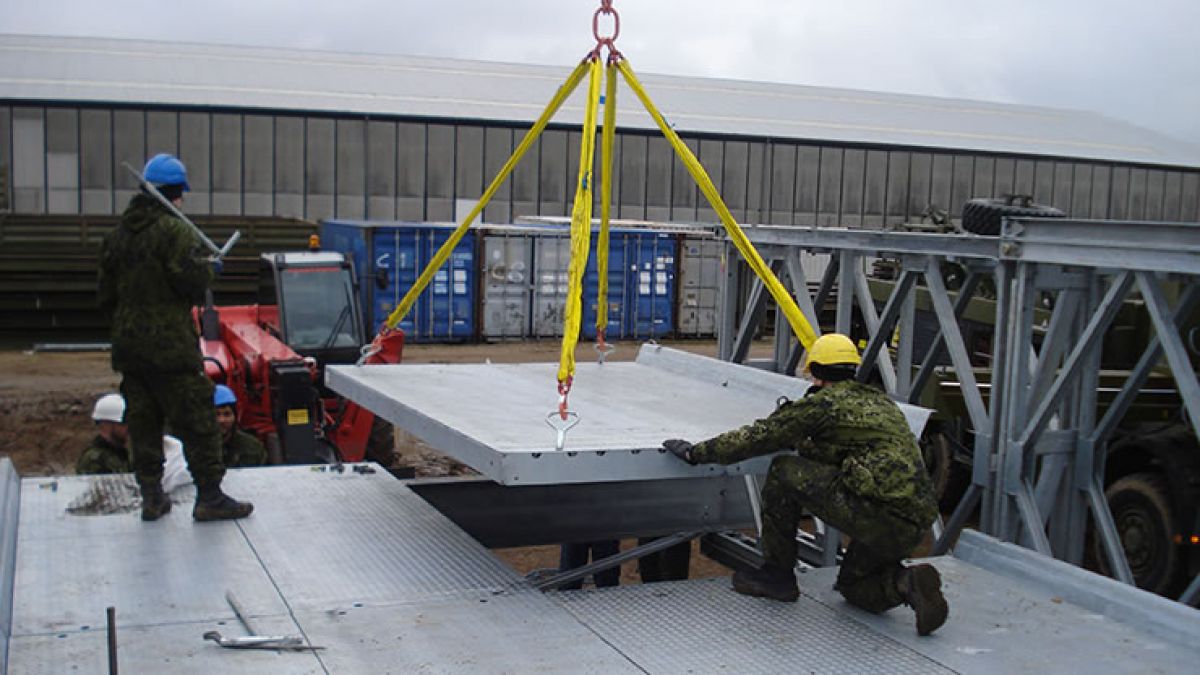 One of the twelve founding members of NATO in 1949, Denmark has always shown a willingness to contribute to global conflict prevention and peace-keeping deployments. The Royal Danish Army has played a significant and important role in many modern international interventions, standing alongside the British Army in many theatres and in recent years acting as a contributor to the British-led Helmand Provincial Reconstruction Team. In 2013 the Royal Danish Army Ingeniørregimentet (Engineer Regiment) had a requirement to upgrade its General Support and Line of Communication bridging capability and needed a solution that was capable, reliable and tested.

The Mabey Logistic Support Bridge (LSB) has been the de-facto NATO Line of Communications bridge since the conflict in Bosnia and has been used in many NATO deployments since. The LSB was also used extensively in Iraq by the US Army, US Marine Corps and the US Navy Seabees, and is now in service with military forces around the world.

Early in 2013, Mabey Bridge agreed a 5-year, fixed-price framework spares agreement with the NATO Support Agency NSPA to make it easy for NATO member countries and certain NATO partnership countries to purchase Mabey Bridge spares and components. Through the NATO Logistic Stock Exchange (NLSE) – a modern and paperless method of conducting defence contract business between NATO allies – purchasing the bridging and components is made easy and is ideally suited to forces who use the LSB.

The Royal Danish Army is Mabey Bridge’s first customer using the NLSE system. The LSB Stock Module was delivered to the Danish Engineer Regiment at the end of August, with the Training Course delivered by Mabey Bridge’s dedicated and experienced former RE Instructor, and was successfully completed in February 2014. The Royal Danish Army Ingeniørregimentet is now fully trained in the Logistic Support Bridge and will hold the Stock Module at readiness, as a rapidly deployable military capability and as a contingency stock against any civilian emergency situations in Denmark.