Reconnecting communities in the aftermath of Hurricane Maria in Puerto Rico 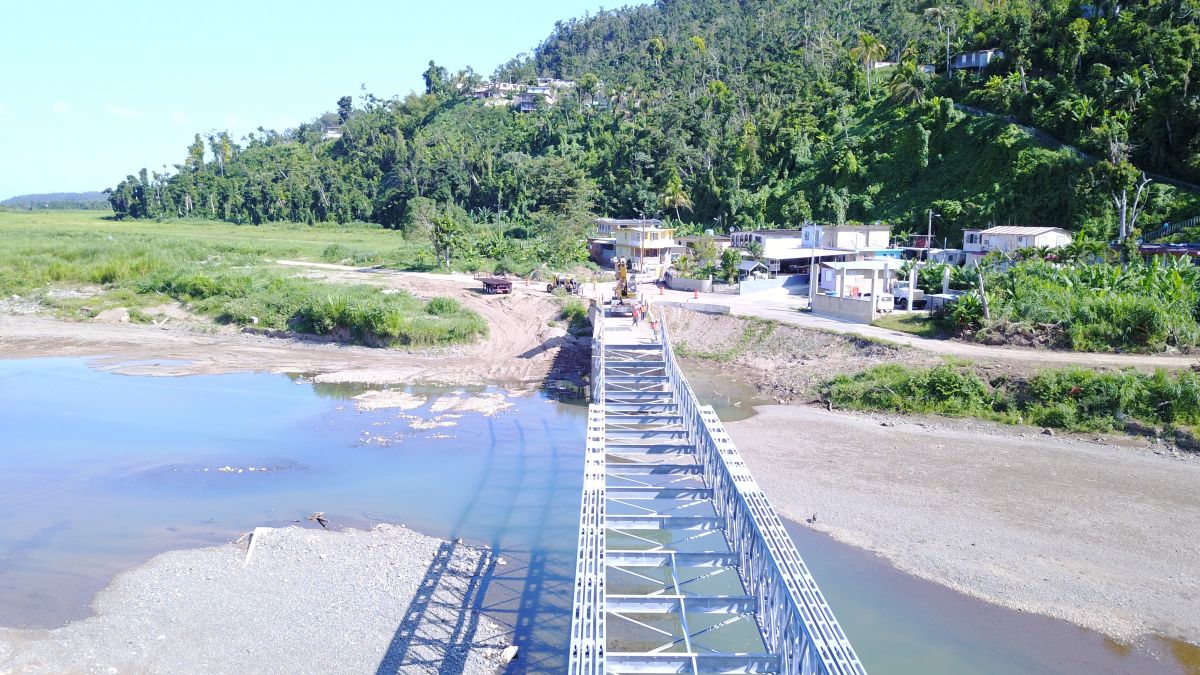 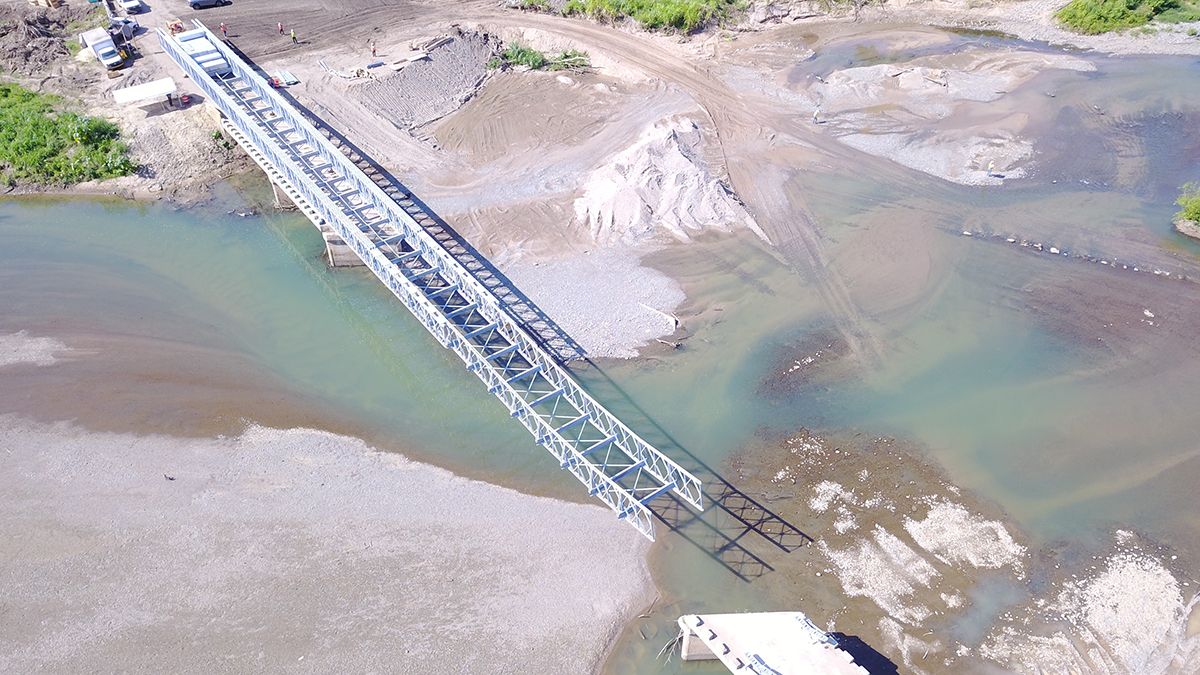 Hurricane Maria is reported as the worst natural disaster on record to hit Puerto Rico. It caused catastrophic damage resulting in numerous fatalities, and devastated rural infrastructure and local communities. In the aftermath of the hurricane, the island was left isolated. Electrical transmission towers had been torn from the ground, land had smashed through houses and buried roads, and bridges had collapsed, leaving many rural communities totally inaccessible. In the following hours,days and months, the Puerto Rican government worked tirelessly to devise a strategy of how to begin to repair the country.

One of the bridges destroyed during the hurricane was the Rio Grande in Arecibo, a concrete structure which had stood for a decade. Rurally situated, the bridge provided vital links to larger, urban areas, enabling the local community to access, within five minutes, fundamental services and local amenities. Following the destruction of the bridge, communities were forced to travel over an hour to access these essential services. Additionally, as an area where agriculture forms the backbone of the local economy, the destruction of the bridge left communities unable to trade with one another, hindering agricultural productivity and slowing down economic activity.

Due to the importance of this vital link, there was an urgency to deliver a new bridge in three months, from design to installation, and within the challenging budgetary timeframe set by the client, the Eastern Federal Lands Highway Division (EFLHD), which was committed to reconnecting the community as quickly as possible.

Working tirelessly between Christmas and New Year, Mabey’s engineers developed a design scheme which would meet the requirement. The proposed solution was unique, entailing the installation of a 58 metre Mabey Compact 200™ with emergency civilian ramps. It also integrated a series of concrete slabs that had remained following the hurricane, which would act as an abutment system. The emergency civilian ramp system connected the gap between the slabs and the bridge, helping vehicles and pedestrians cross the bridge quickly and safely.

Within three months, Mabey was able to respond to the challenges faced by the complex bridging requirements to deliver a solution within the project timescales. Working alongside Viatek and Constructora Jose Carro, the bridge was erected in just 19 days and re-opened to the community, allowing them to return to some normality following the devastation caused by Hurricane Maria.