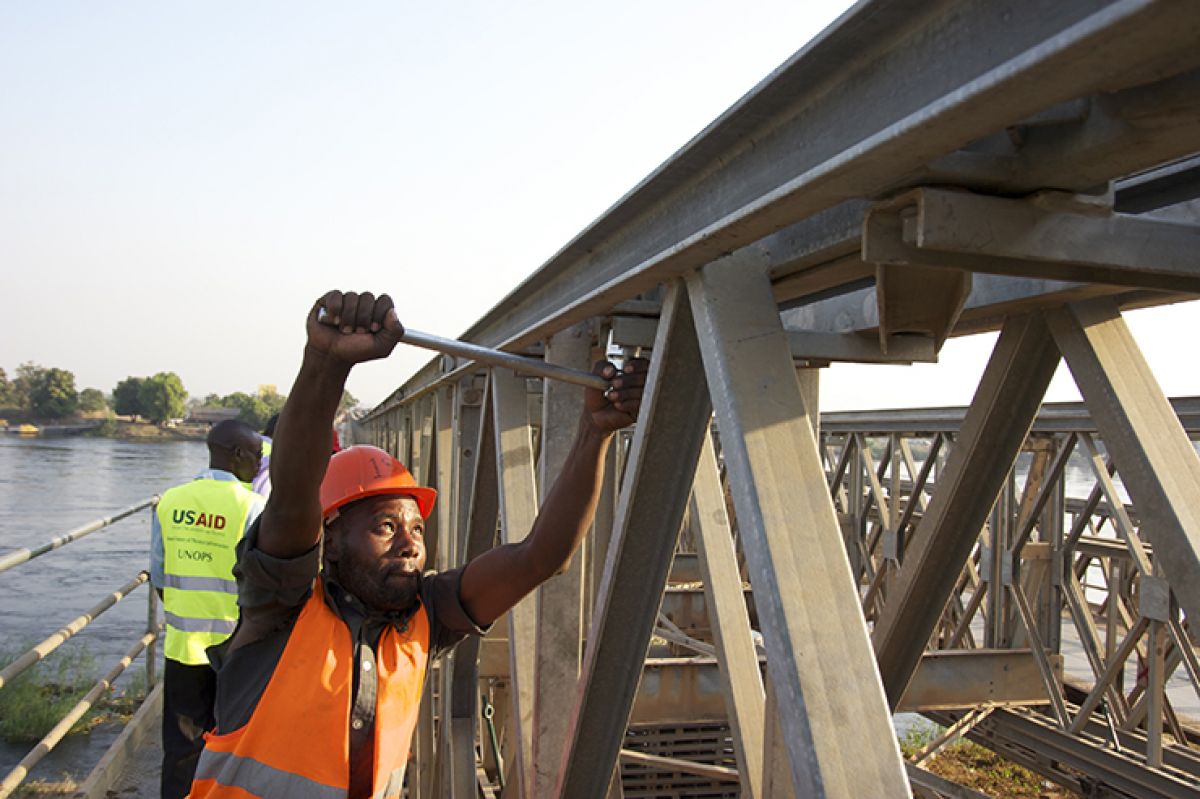 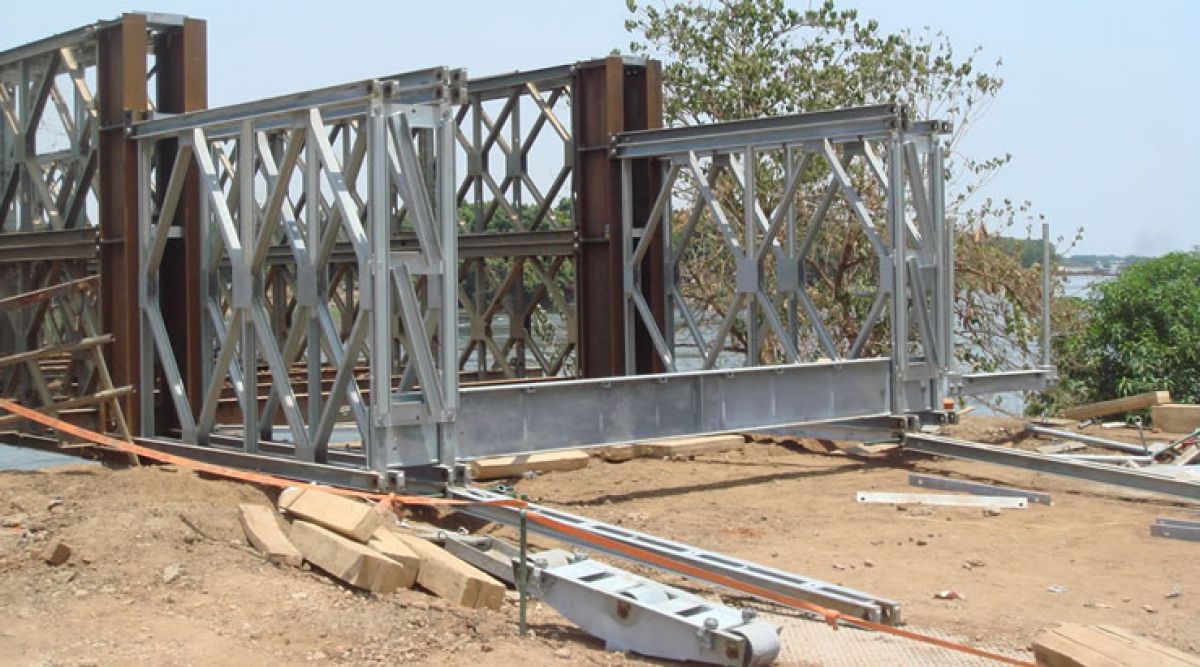 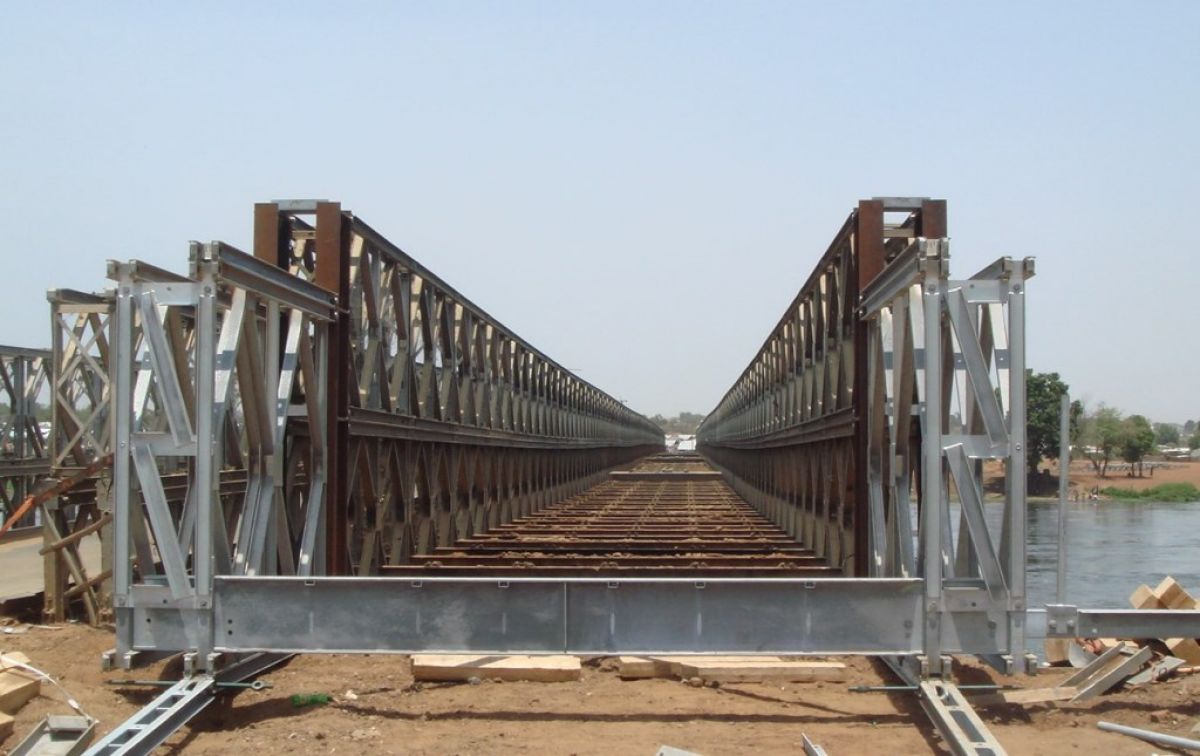 When one of the two adjacent 252-metre Juba Nile Bridges was damaged in 2010, leaving it completely unusable for heavy vehicles, it had major implications for the inhabitants of the capital city of the world’s newest nation. The Juba Nile Bridges provide the only access over the River Nile in South Sudan and as most goods and foodstuffs are imported from Kenya and Uganda along the Juba–Nimule road, rural food security was severely compromised. As a result, South Sudan’s president, Salva Kiir, made the repair of the Juba Nile Bridge one of his Government’s priorities during theadministration’s first 100 days.

The original Juba Nile Bridge crossing was formed from two WW2-era Bailey Bridges. However, following an earlier collapse of one of the bridges, two replacement Mabey Compact 200 bridges were installed in 2006. It was one of these newer bridges that was damaged by a bulldozer in 2010.

Funding for the repair of the Juba Nile Bridge was provided by the United States Agency for International Development (USAID) under the Accelerated Infrastructure Program, a Cooperative Agreement with United Nations Office for Project Services (UNOPS) which has strengthened many parts of the country’s infrastructure.

The programme includes the construction and rehabilitation of schools, health centres and roads, and has a focus on development of skills of local contractors and communities through targeted training, close supervision of contractors and, where feasible, labour-based construction methods.

UNOPS purchased the replacement components required to repair the truss of the bridge section that had been damaged from Mabey Bridge, and issued a tender for contractors to carry out the installation works. A local contractor won the tender to carry out the repair works.

When the Compact 200 bridges were installed in 2006, Mabey Bridge’s innovative Bailey Replacement system was utilised, whereby a dilapidated Bailey Bridge is replaced by a Compact 200 bridge in one swift, safe operation.

UNOPS supervised the contractor and coordinated the Government’s traffic management authorities during the repair works, which were carried out in less than a month. The fully repaired bridge was reopened to full capacity several weeks ahead of the scheduled completion date.

The Mabey Compact 200 has proved a robust bridging solution on countless occasions around the world, and in a wide variety of applications. Its modular nature makes essential repairs easier for the times when bridges are damaged. In the case of the Juba Nile Bridge, this ease of repair was critically important, and once components had been sourced, the repair programme was carried out well ahead of schedule.

Once the bridge was opened, the long traffic queues that had resulted when the bridge was damaged, disappeared immediately, allowing traffic, goods and trade to cross with ease once again and life to return to normality for the people of Juba. 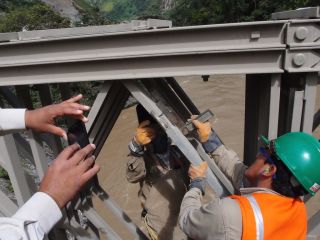 Bridge repairs, spares and upgrades to extend bridge life and to ensure it is safe and fit for purpose 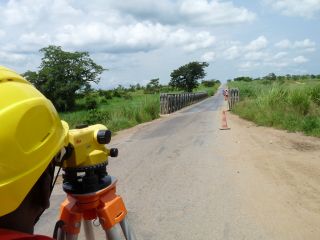