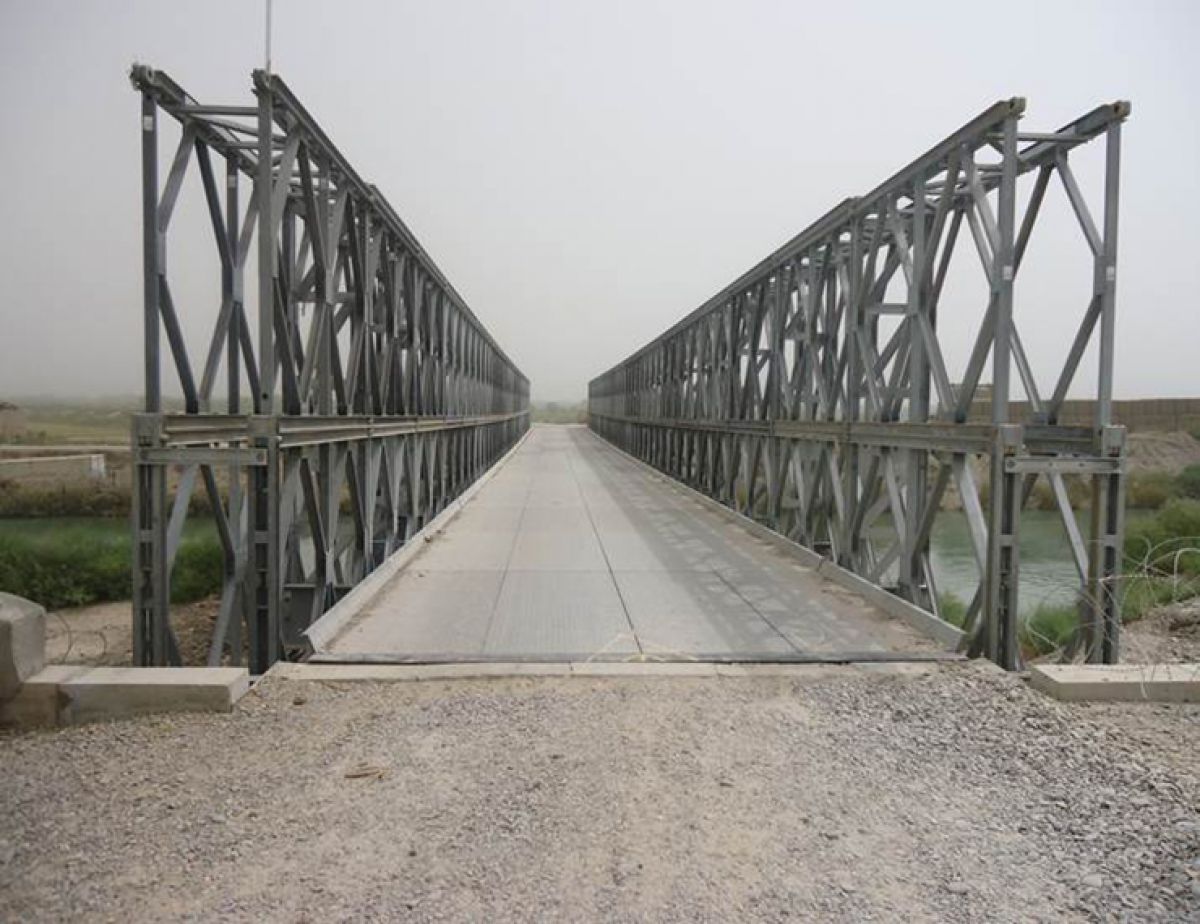 Decades of conflict have decimated the infrastructure across Afghanistan. Helmand Province in the South West of the country has seen intense fighting and it has been the responsibility of UK-led forces to create secure conditions in which substantial reconstruction and development can take place. The Helmand River, which flows through the province and the Nahr-e Bughra Canal present a serious challenge to military freedom of manoeuvre and to trade between the civilian communities due to a shortage of crossing points.

The NATO led International Security Assistance Force (ISAF) was established in 2001 with a remit to train the Afghan National Security Forces and assist in rebuilding key government institutions. Initially, the ISAF was based only in the capital, Kabul, but subsequently six Regional Commands, each with a subordinate Provincial Reconstruction Team have been charged with supporting reconstruction.

Mabey Logistic Support Bridges have been constructed throughout Afghanistan by troops from Australia, Germany, Italy, Slovenia, the USA and the United Kingdom. The British Army has built many of these bridges to enable military patrols to operate more freely and for use by the local population to re-establish commerce and support local communities. Six of these bridges, which will remain in place for the foreseeable future, have been constructed close to the provincial capital Lashkar Gah.

The bridges were selected by the Provincial Reconstruction Team (PRT) in Helmand – a UK, US and Danish multinational effort with the objective of helping and improving development within the Province. A Specialist Team Royal Engineers (STRE) is embedded within the organisation to give advice on infrastructure, roads and bridges.

Built in February 2012 across the Nahr-e Bughra Canal, the Malvern Bridge is a double storey Compact 200 – an unfamiliar construction for the British Army. The bridge construction involved substantial groundworks on the home bank, while the far bank abutments were made from reinforced concrete ground beams and a capping slab, which were pre-cast at Camp Bastion and bolted together on site.

The completed bridges have provided essential crossings for military and civilian use. The largest of the six bridges is the Malvern Crossing, otherwise known as the ‘Freedom Bridge’. At 67m in length it is reported to be the longest single span military bridge constructed by the Royal Engineers on operations since the Burma Campaign in World War II.