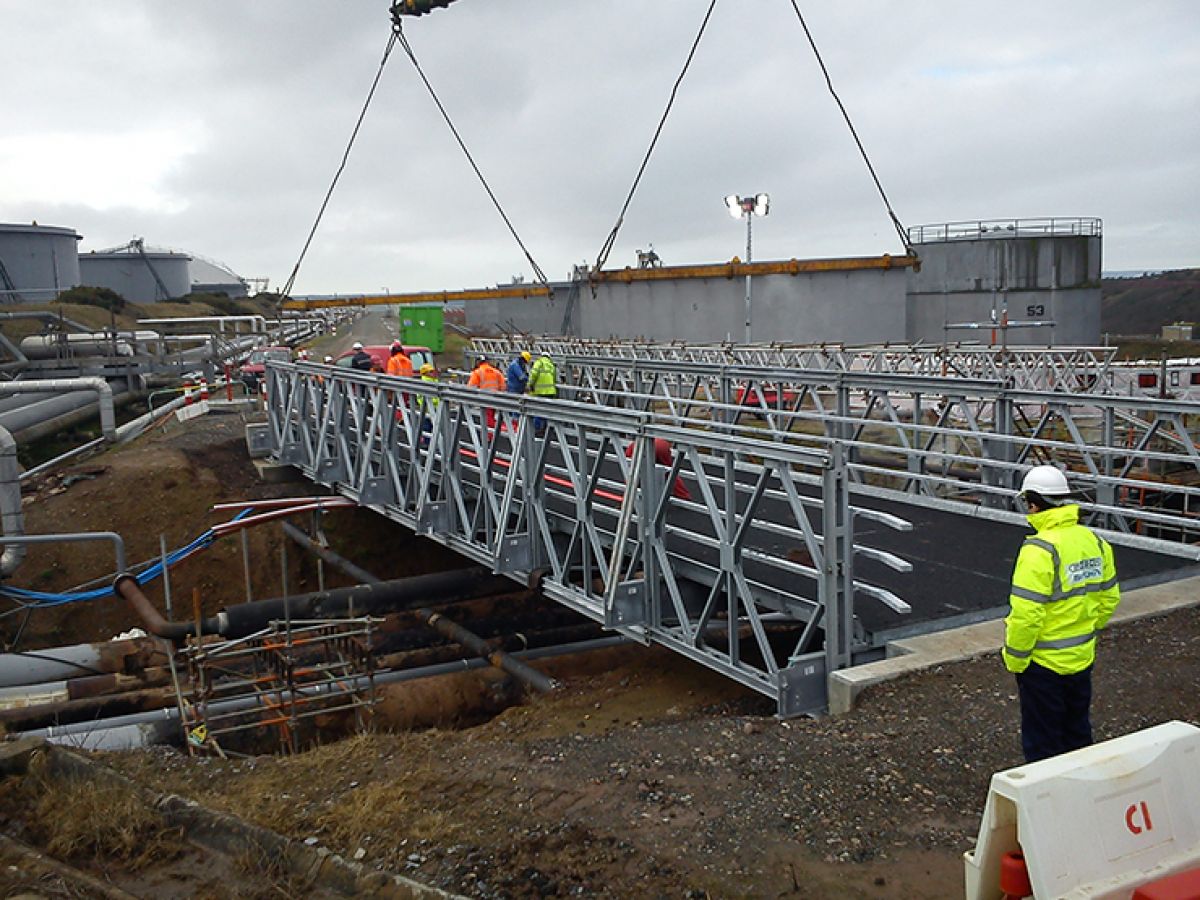 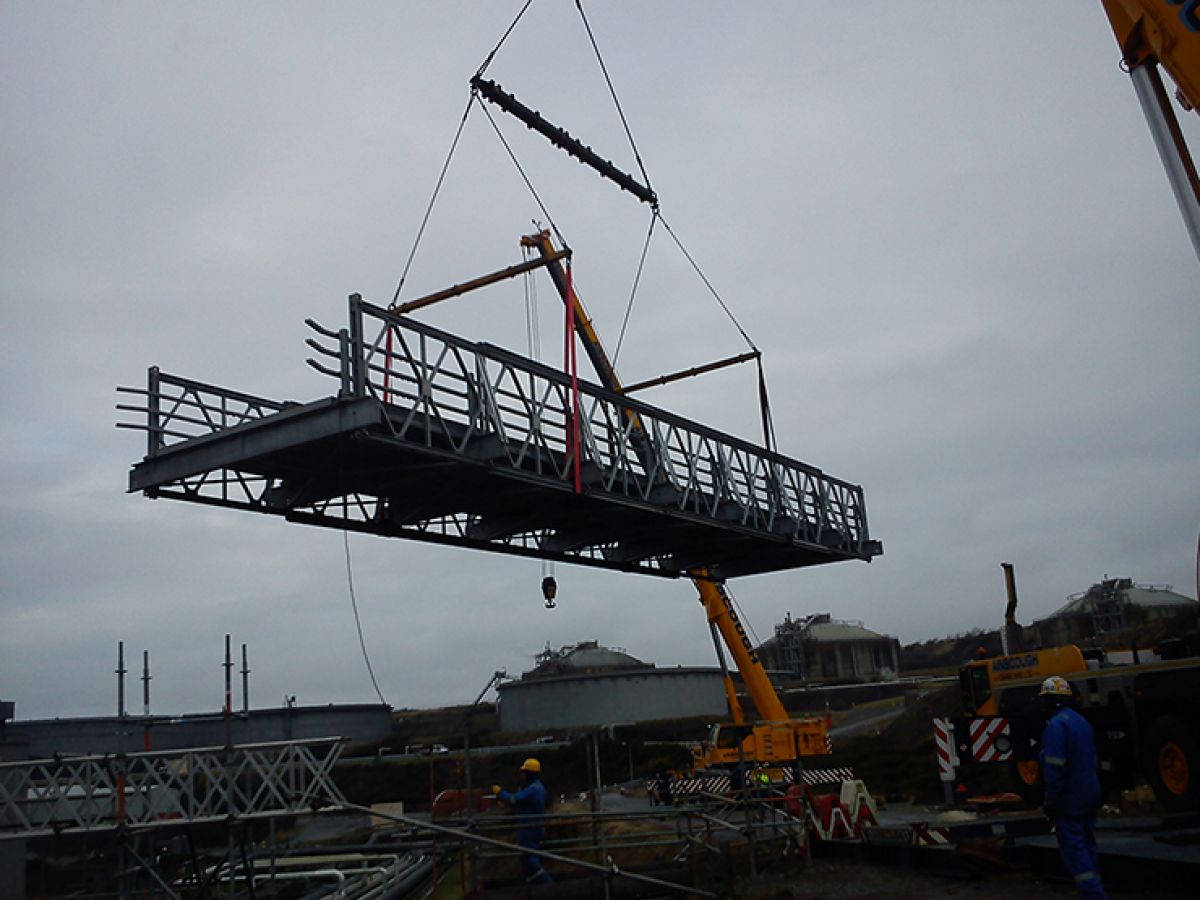 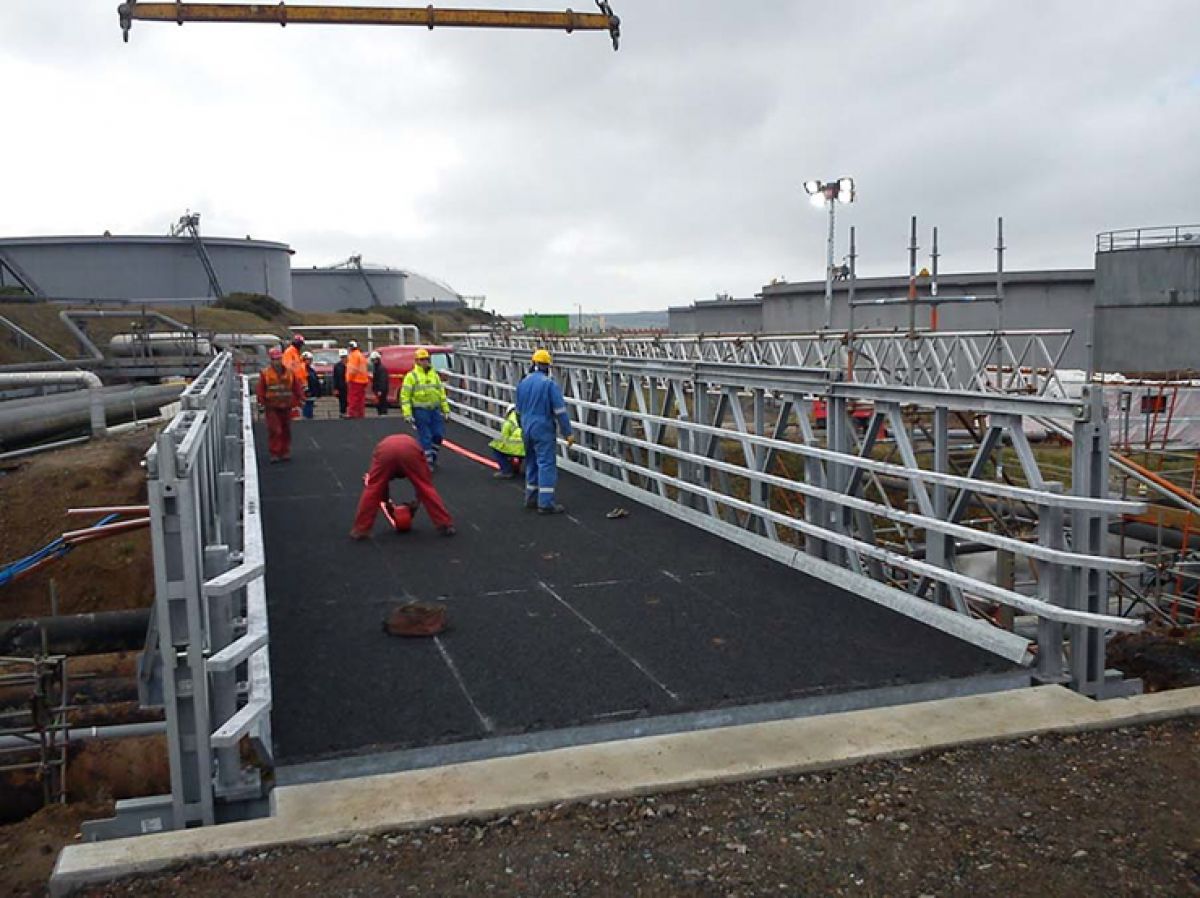 The Chevron Oil Refinery near Milford Haven on the west coast of Wales has a history that dates back to 1968. During 2011 direct access was required to a restricted area of the site while excavation took place to gain access to a number of buried pipes that were due for maintenance.

Chevron determined that the best solution was a quick to- assemble, low maintenance bridge which could provide access to the area while presenting no risk of compromising the buried pipes. Mabey’s Compact 200 was chosen as the ideal solution.

Bridge components were delivered to site a week before construction was scheduled to start. Meanwhile, Chevron had arranged for concrete abutments, including the back walls, to be cast at each end of the span.

The bridge was assembled by a Chevron contractor with a Mabey site advisor on hand to offer guidance throughout the process. Assembly of the bridge took place behind the abutments using only a four-man team with the help of a telehandler to lift and transport parts around the site. Despite the incessant wind and rain common to the exposed coastal location, construction was quicker than expected and the whole bridge was built in only three days. The steel erectors then took a break and waited for the crane to arrive which would be used to move the bridge into place.

Some days later, the crane arrived and the 21m Compact 200 with 4.2m wide carriageway was lifted into place, however it was found that the back walls of the abutments had been cast such that there was a gap of around 150mm at one end. Mabey immediately started work on a solution, which was to design and manufacture a new filler unit to be attached to the end transom which would reach onto the top of the abutment. This was delivered to site to complete the bridge and allow access to an area of the plant once again.

The 21 metre long single lane Mabey Compact 200 Bridge was successfully installed on 15th January 2011. The project was successfully completed on time and within budget, allowing daily routines at the plant to continue uninterrupted while the pipe maintenance was carried out. 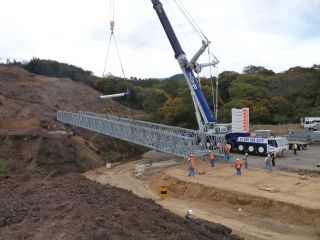 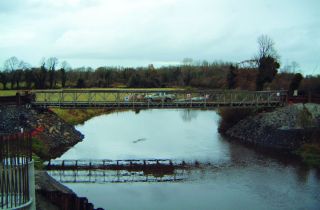