Sarawak is the largest state in Malaysia on the Island of Borneo, and known for its dense tropical rainforest, exotic landscape and diverse indigenous groups. With an estimated 42% of the state population living in rural areas, connectivity to the main road network is poor, which makes it difficult to travel and expensive to trade.

In 2013, the Public Works Department, as part of the Malaysian Government’s Rural Basic Infrastructure Development Jiwa Murni Programme, embarked on an initiative, working with the Royal Malaysian Engineers, to expedite the pace of deployment of new infrastructure across Malaysia.

The towns of Miri and Marudi are situated on the north-west of Borneo, approximately 45km apart. This area is subject to heavy rains at various times of the year, and although only a relatively short distance apart, the route between the two townships was undeveloped dirt track and impassable during bad weather. This had a social and economic impact on Marudi and prices for many necessities could be double that of Miri, the principal town in the region. The only method of transport across the wider rivers on route – the Sungai Baram and Sungai Arang – was by ferry, incurring a return ferry cost of £12 per car, and significantly more for larger vehicles.

As part of the Government Transformation Programme, the Royal Malaysian Engineers undertook to upgrade the road using soil stabilisation techniques. The final step was to install a new bridge to provide free and easy crossing of the Sungai Arang river.

The chosen bridge was a 3-span 130m single-lane Mabey Atlas™ bridge featuring an anti-skid deck and an arched construction that would provide a clearance height of six metres during low tide, and four metres during high tide in compliance with the minimal requirements of the local Sarawak Rivers Board.

This was the first time a Mabey Atlas™ bridge had been deployed in Malaysia, although the Miri-Marudi road already featured 5 Mabey Compact 200™ bridges installed to replace weak or dubious crossing points by CT-One (Mabey’s Malaysian distributor/representative) and the Royal Malaysian Engineers.

Civil works, including piers and abutments, were completed in six months by local contractors. The Mabey Atlas™ bridge itself was manufactured at Mabey’s state-of-the-art facility in the UK and dispatched to Malaysia. On arrival at Miri it was unloaded from its containers, loaded onto a barge and delivered to site in a river journey that took 13 hours. Final installation of the bridge took just 32 days.

The Mabey Atlas™ bridge system features a lightweight superstructure which incorporates pre-fabricated componentsc to deliver rapid installation times. The Mabey Atlas™ bridge system is suited to both urban and rural applications and can be designed in extra wide single or two-lane configurations, with optional internal pedestrian refuges. All main structural components are hot-dip galvanised to ensure a long life with minimal maintenance.

The Miri to Marudi route is now a permanent all-weather vehicular route which provides faster, safer and more efficient access for the country’s rural communities, as well as helping to reduce the transportation costs of goods and services between the two townships.

Once the whole Jiwa Murni programme is complete, it is estimated that the roads built under the scheme will have been built at a lower than 50% average cost compared to standard road infrastructure, and in a faster timeframe, using the expertise of the Royal Malaysian Engineers who are well-versed in installing them quickly and efficiently to meet challenging government targets. 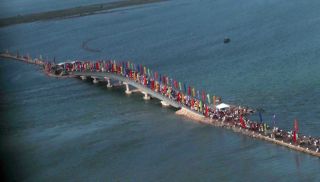 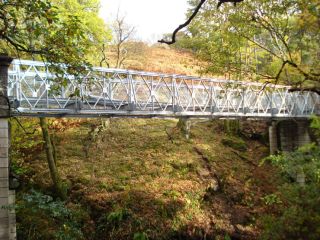