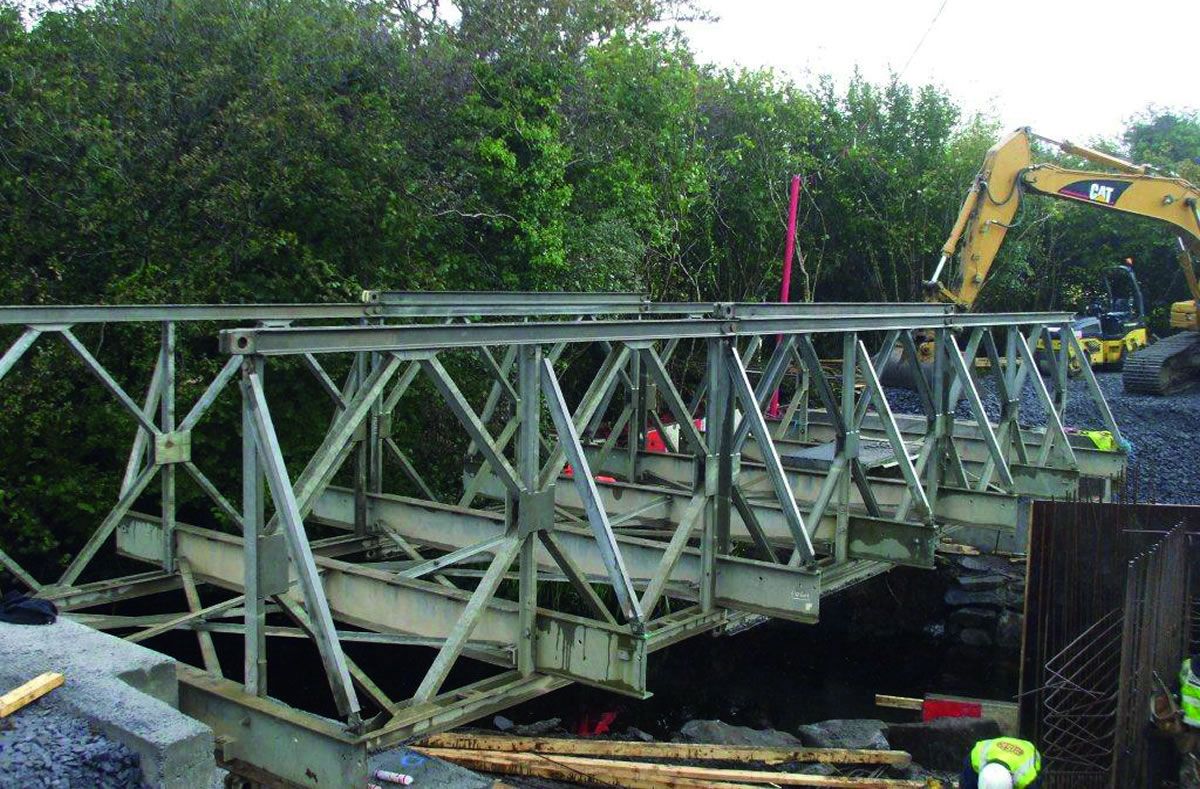 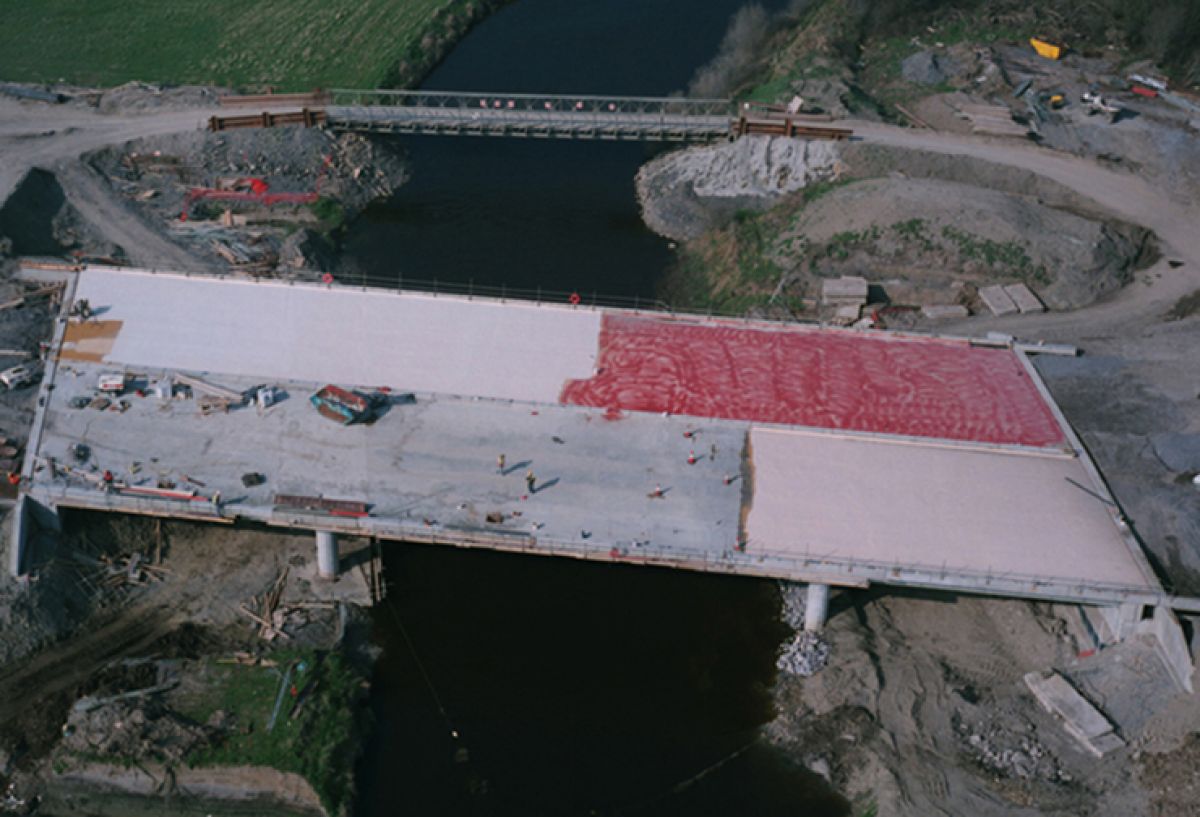 Based in Dublin, John Sisk & Son is an international construction company with a turnover of more than 1 billion Euros. Historically, the company has designed and built its own temporary bridges when access is required for construction plant to cross watercourses or soft ground.

In 2001, Sisk found itself involved in a project where it’s own temporary bridging solution was not suitable. The company decided to look at the Bailey Bridge system as an alternative. After investigating various options, Sisk decided on the Universal™ bridge system, which is ideal for heavy construction traffic and frequent redeployment.

Initially, the bridge was hired from Mabey Bridge, however, the hire agreement included an option to purchase at the end of the rental period. With its long span and heavy load capability, it was instantly obvious that the Universal™ bridge was the perfect solution for Sisk, and so the bridge quickly became the property of the company. The bridge was first used in a configuration of seven 4.5m-long panels.

Since then Sisk has purchased an additional two sets of panels, so the bridge can now cope with spans up to 40.5m. This length has so far been used on various contracts, whilst the shortest span of 13.5m, has been used in the refurbishment of a small bridge in the western part of Ireland.

In the past, the bridge has been used for construction traffic in connection with road and bridge works. It has already been used on four different contracts. However, the ownership of the Universal™ bridge system has enabled Sisk to tender for a wider range of project works not previously available to the team.

As Chief Engineer Otto Thorup explains, “The main advantage of the bridge is the ease of erection without the need for cumbersome abutment structures. When we first erected it, it was launched in true ‘army style’ using roller supports and kentledge, but lately we simply lift it into position using a mobile crane.

“When not in use the bridge is easily stored. We will shortly be starting a contract in the Cork area where the plan is to use it for heavy traffic at a length of 36m. To cope with the traffic loading, additional strengthening will be required, the magnitude of which we have agreed and Mabey Bridge has already provided design components for.”

One of the big advantages of the Universal™ modular bridging solution is that customers who buy it can use it time and time again if needed. John Sisk & Son Ltd of Ireland has had one of these bridges for twelve years and it has become an important and versatile tool for the company.

The Universal™ bridge has helped Sisk to expand its business by allowing the company to tender for work previously beyond its competence and has provided solutions to a range of scenarios. 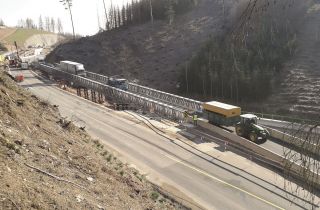 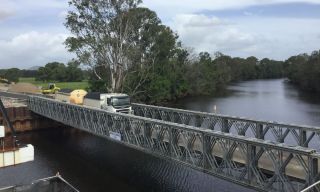